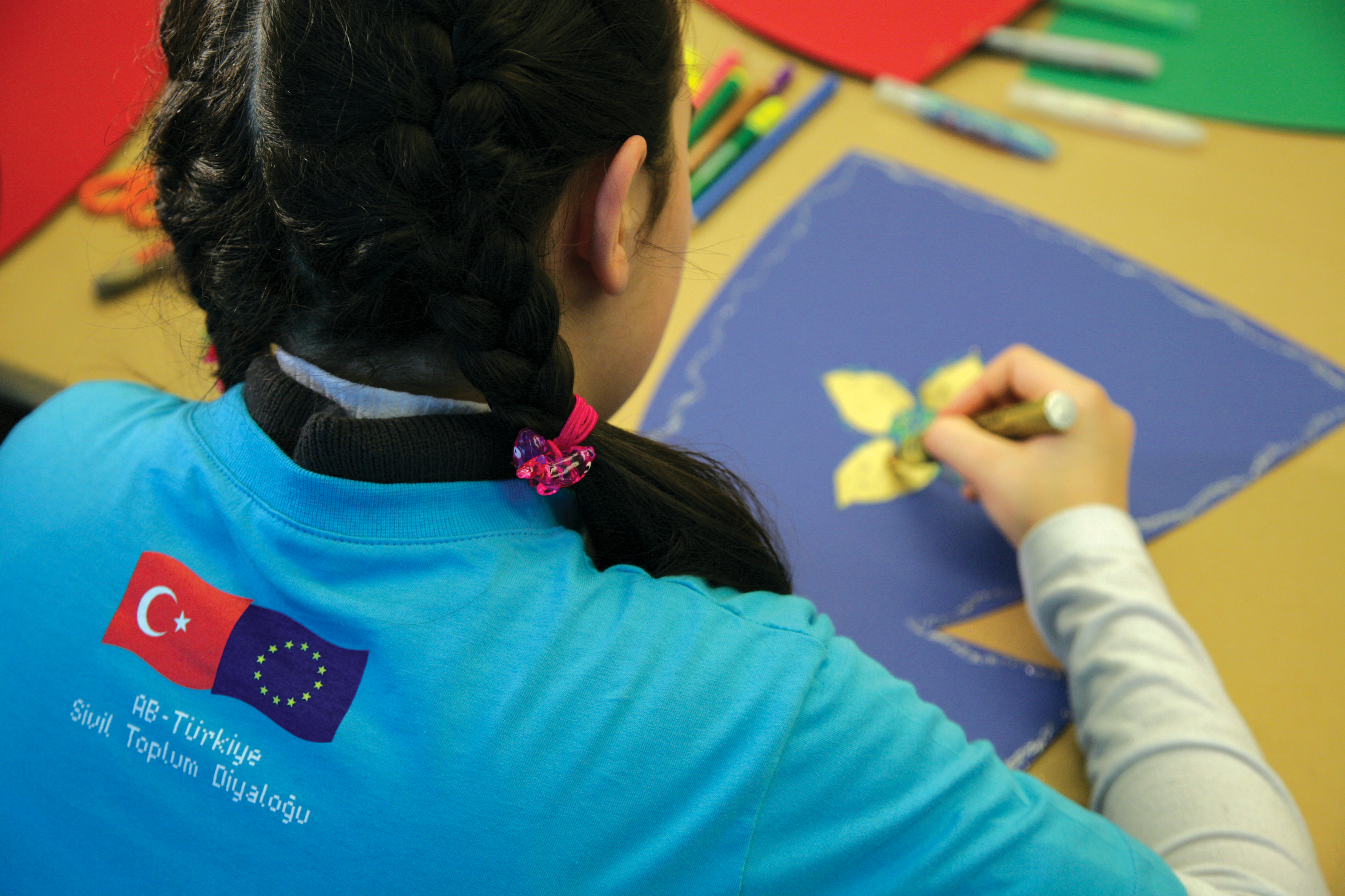 The Civil Society Dialogue Program (CSD) is funded by the European Union and the Republic of Türkiye under the Instrument for Pre-Accession Assistance (IPA I and II). Since the start of this program in 2008, dialogue partnerships in the Civil Society Sector have been supported through a total of 393 projects in different fields.

The Civil Society Dialogue Program was designed as a platform that enables non-governmental organizations from Türkiye and European Union member countries to come together around a common topic, exchange information, and establish a permanent dialogue. The Civil Society Dialogue Program also helps shape public opinion regarding future enlargement in EU and candidate countries and promotes mutual understanding and cooperation between the EU and Türkiye in various fields.

In the 1st period of the Civil Society Dialogue Program, total support of 19.3 million Euros was provided to 119 projects developed by actors with significant influence in Civil Society such as municipalities, professional organizations, universities, and youth organizations; together with their European partners.

In the 2nd period of the Civil Society Dialogue, which focuses on arts and culture, agriculture, fishing, and micro-grants, total support of 5 million Euros were provided to 99 different projects.

In the 3rd period of CSD, which is implemented between 2014-2016, approximately 7 million Euros of grants were transferred to 55 partnership projects, including 142 different organizations from Turkey and the EU working in the field of media and political criteria, to carry out their projects. (€4.9 million for the Political Criteria program and €2.1 million for the Media program).

In the 4th period of the Civil Society Dialogue, which is implemented between 2015-2017; Approximately 11 million Euro grant support was provided to 80 partnership projects consisting of Environment, Energy, Consumer Protection, Justice, Freedom and Security, Right of Establishing a Business and Freedom to Provide Services, Regional Policy and Coordination of Structural Instruments, Entrepreneurship and Industrial Policy, Agriculture and Fishing, Education.

In the 5th period of the Civil Society Dialogue, approximately 7 million Euros of support was provided to 40 dialogue projects that were jointly implemented by Civil Society Organizations from Türkiye and EU member/EU candidate countries. Projects in areas such as Gender Equality, Education, Health, Agriculture, Food, and Environment were implemented in this period.

The 6th period of the Civil Society Dialogue started in April 2021 and continues to operate as of March 2022. Approximately 5 million Euros of support was provided to 33 dialogue projects jointly implemented by Civil Society Organizations from Türkiye and EU Member/EU candidate countries, and these projects continue to be funded. This period focuses on issues such as Environment, Youth, Arts-Culture, Disadvantaged Groups, and Cooperation. 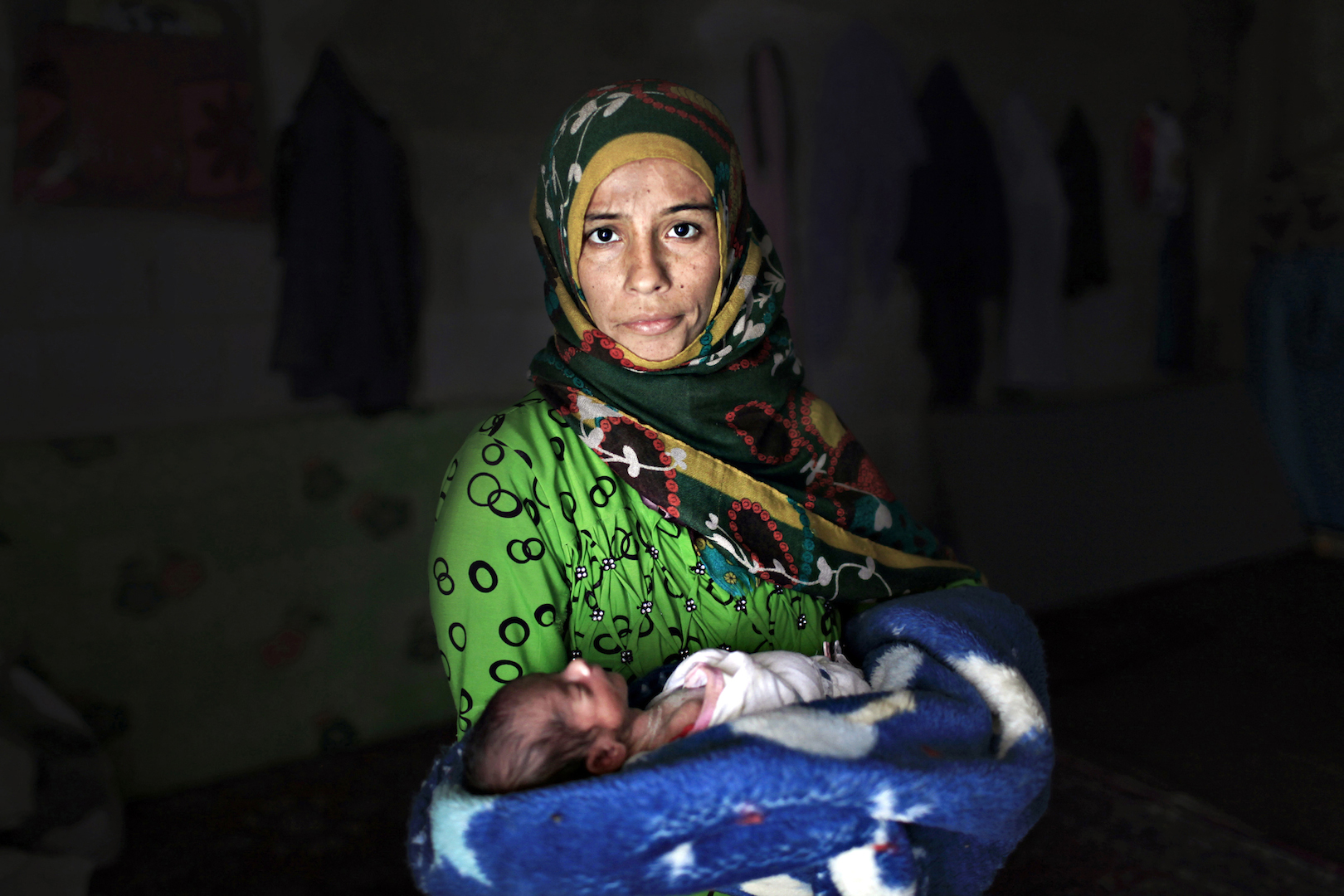 The aims of this project, which has a budget of 2,498,000,00 Euros, are to develop a complaint mechanism regarding human rights in Türkiye, to raise awareness of human rights in the society, to encourage women's participation in social, economic, and cultural life, as well as to provide technical support to the Human Rights and Equality Institution of Türkiye (TİHEK) for the effective implementation of the necessary measures to prevent domestic violence and honor killings.

The ultimate goal of the project is to enable all citizens and civil society to benefit from their rights and freedoms at the maximum level in compliance with the standards and practices determined by international agreements to which Türkiye is a party.

Within the scope of this project, activities were carried out for target groups such as Human Rights Board members, representatives of relevant NGOs and institutions, students, educators, religious officials, and opinion leaders in the communities.

The following activities were carried out during the implementation:

Establishment of Reception and Removal Centers 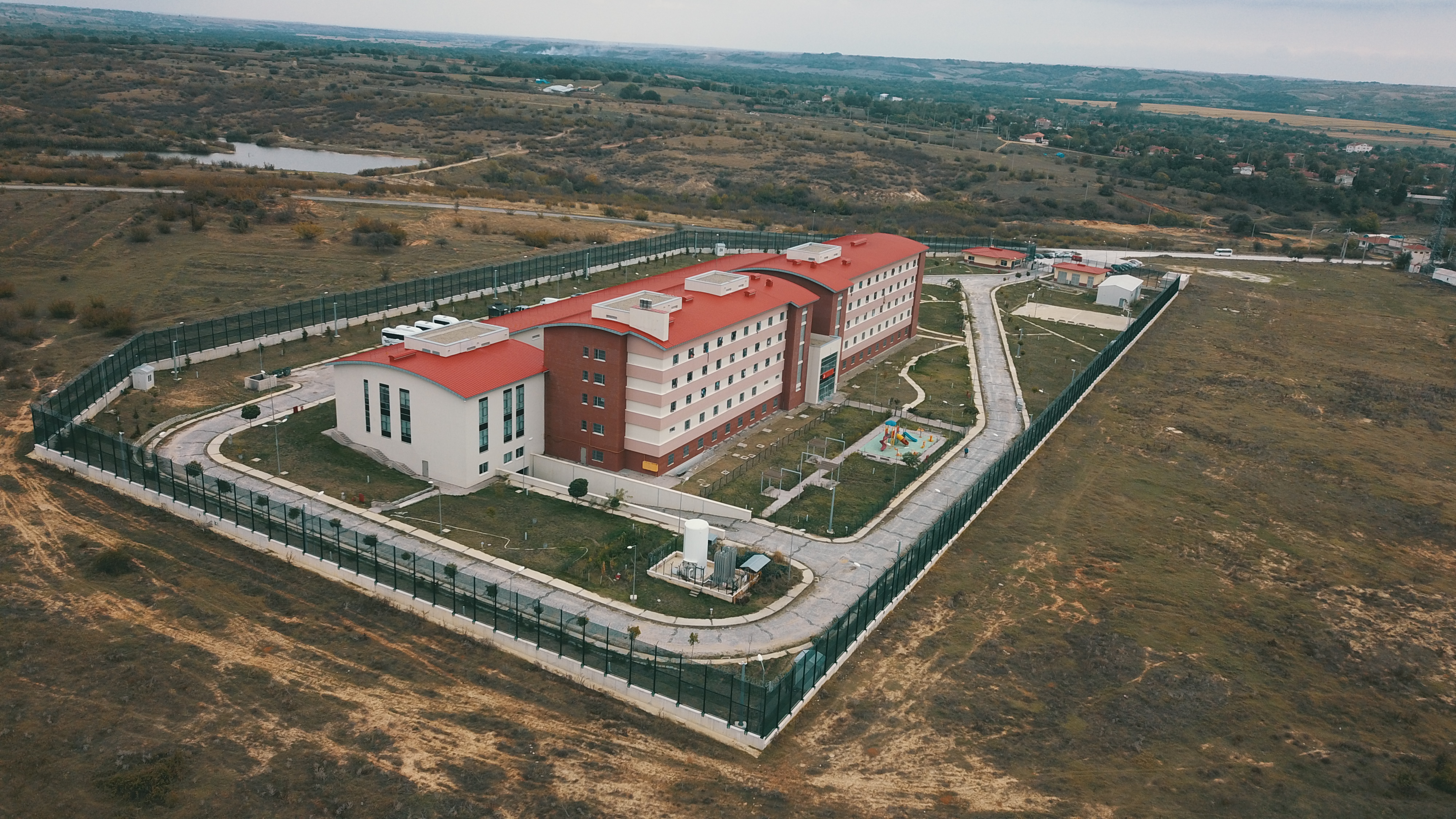 Türkiye is a country located at the crossroads of Asia, the Middle East, and Europe, with land borders with eight different countries and 5,000 miles of coastline. For this reason, Türkiye has a total of 126 border gates, 46 of which are air, 52 sea, 20 land, and 7 railway border gates.

For Türkiye, which is at an important crossroads of migration movements between the Middle East and Europe, it is of critical importance to provide the necessary shelter, care, and surveillance for refugees and asylum seekers, most of whom enter Türkiye illegally using the mountainous and rugged border regions in the eastern part of the country and aim to reach EU countries from there. This situation has prompted Türkiye to take countermeasures as well as other countries on this route.

It is vital that Reception and Return Centers in Türkiye can work efficiently, so asylum seekers/refugees and illegal immigrants can continue to develop their skills, to continue their daily lives. Besides, these people can take responsibility for their own lives and also these people can return to their countries. It is of crucial to help create the necessary conditions and to provide humanitarian conditions in removal centers.

A worth of 123,850,583.00 Euros in total was contracted in this project to support the Reception and Removal Centers in Türkiye. The objective of this project is to strengthen Türkiye’s fight against illegal immigration with EU standards and practices. For this purpose, within the scope of the project, reception and removal centers in compliance with EU standards and practices were established at various points in Türkiye for illegal immigrants.

Construction works were finalized at the cities of Erzurum, Ankara, Gaziantep, Van, İzmir, Kayseri, Kırklareli, Adana, Kütahya, Malatya, Niğde, Şanlıurfa, Balıkesir; whereas the centers at the cities of Ankara, Ağrı, Istanbul, Bayburt, Malatya and Tekirdağ were equipped through the project.

In this context, significant pilot project funded by the EU has been conducted by the CFCU:

The project aims increasing the share of renewable energy and to enhance energy efficient technologies in municipalities with pilot project by delivery of electric buses and electric charging station.

It is aimed to contribute to increasing share of renewable energy in municipalities by commissioning solar plants in different cities of the country. 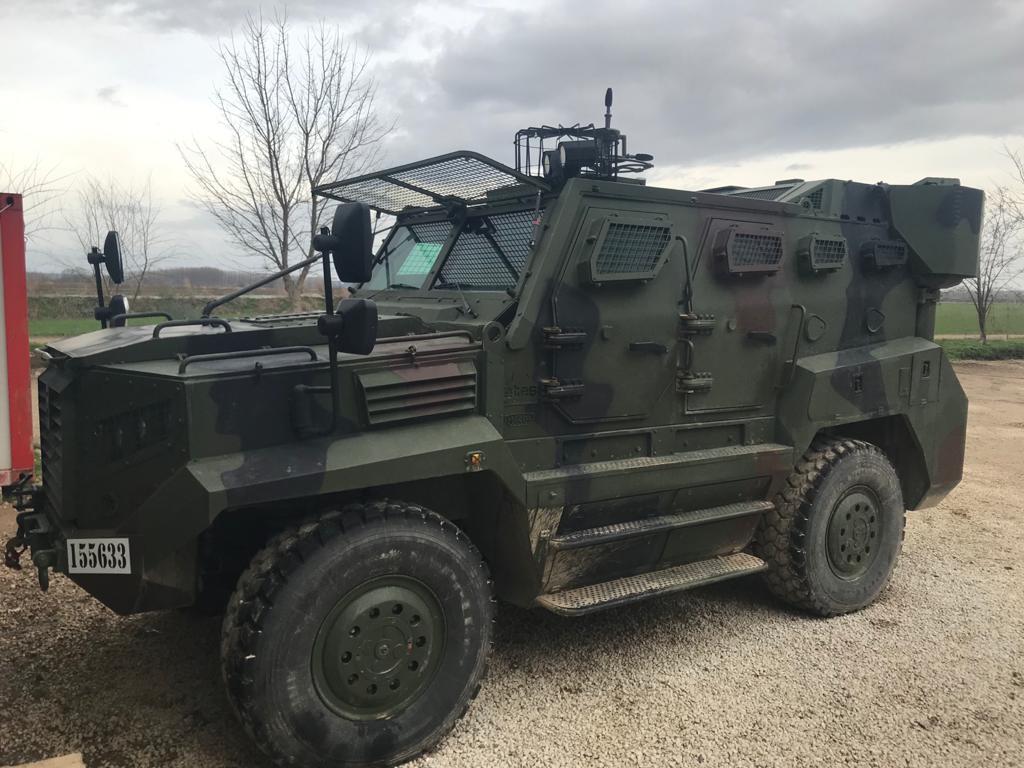 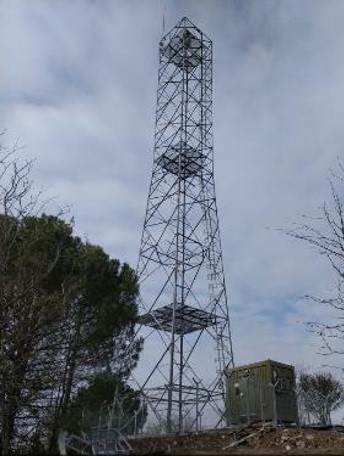 Turkey's eastern and southern borders serve as the union's external boundaries and therefore managing a comprehensive border security system is critical.  The increase of irregular border crossings over the previous decade has had major consequences for both Turkey and the EU's border management system. In line with this necessity, with participation of several institutions including The Ministry of Interior, Turkish National Police, Gendarmerie General Command and Coast Guard Command a series of projects have been implemented to establish an integrated border management system.

With the project it is aimed to establish the NACORAC with its infrastructure under the responsibility of Ministry of Interior enables interagency cooperation; it pave the way for sharing data, combining derived data in a common database and return of collected data to the institutions after a joint risk analysis process.

The aim of the project is to increase border surveillance capacity and contribute to the prevention of irregular migration, illegal entrance of foreign terrorist fighters and all other cross-border crimes at south eastern borders by commissioning of Electro Optical Border Surveillance System. This system shall be an integrated system and composes mainly cameras having thermal and daylight functions

Increasing Border Surveillance Capacity of Borders between Turkey and EU

The project covers the delivery of the mobile surveillance units in order to support Turkish border security and to the prevention of illegal migration, human trafficking, cross-border crimes, and smuggling and to ensure further development and implementation of border management and standards in line with EU's IBM policies and strategies.